A lady on Twitter exposed Nigerian singer, Burna Boy after he blocked her for reminding him of when he said streaming numbers don’t make you talented, as he celebrates his 2019 numbers. Burna Boy had claimed in the past that he is not the type that gets freaked by the number of streams on a song because it has nothing to do with success. 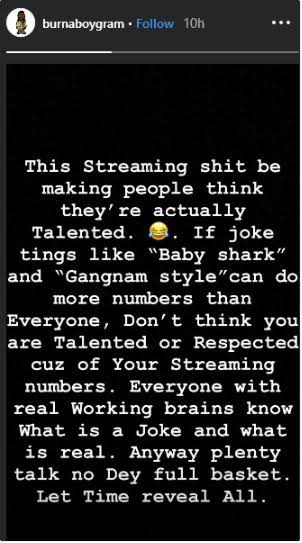 However, this goes to confirm that if things are notworking your way, it is bad but If otherwise, it is good. And now a Twitter lady identified as @Enitoduj has called him out for doing otherwise to what he claimed.

The lady called him out after Burna Boy took to Twitter to celebrate his massive record of streams for his songs in 2019.

See the tweets below; 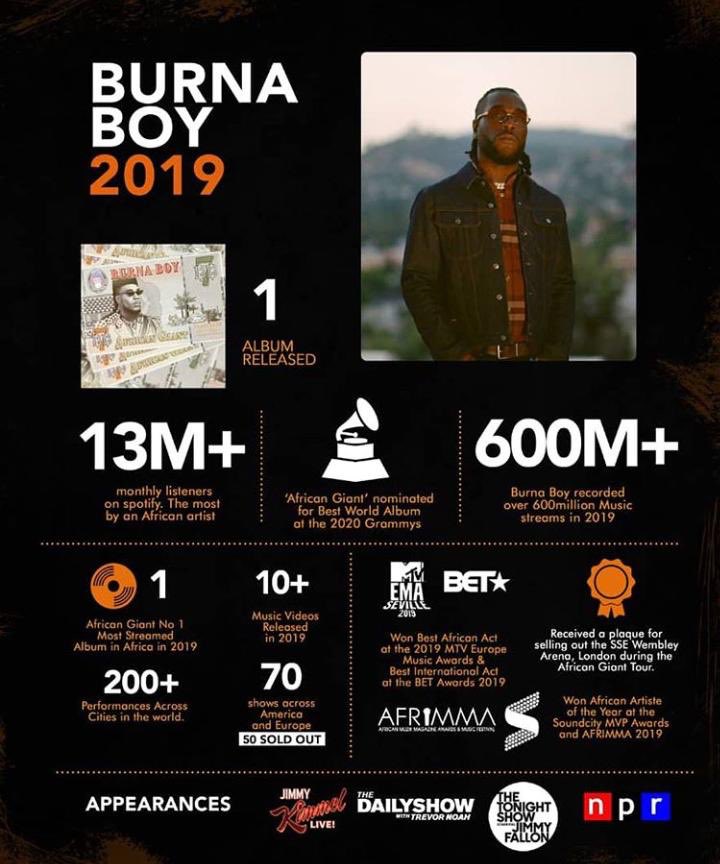 10.7K people are talking about this

1,480 people are talking about this

1,331 people are talking about this