X3M Music singer, Simi will release her third album “Omo Charlie Champagne” on the 19th of April… and we can’t wait for it. “Omo Charlie Champagne” will be the singer’s third studio album after Ogaju and Simisola. The music star also had a collaborative EP with Falz in 2016.

Simi revealed the details of the album release on her Instagram page yesterday, saying:

On the day that I was born, my next album will be born.

The cover art of the album and tracklist are yet to be released. 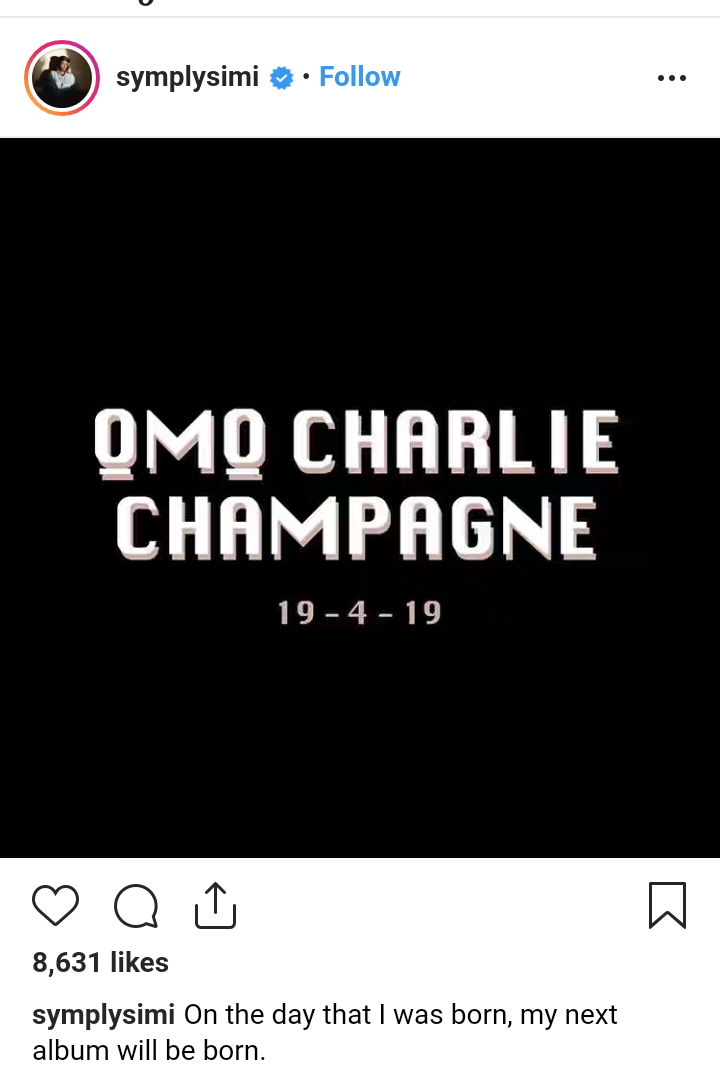