A Facebook user identified as Hector Cezar Sucre Papito has called out police officers for providing security for controversial Nigerian singer, Afeez Fashola while rolling up his weed. Sharing a photo of the singer with the police officers, the Facebook user concluded that the country has failed.

The fast-rising singer came into limelight, following the release of his ‘Shaku Shaku’ song which almost became a national anthem. 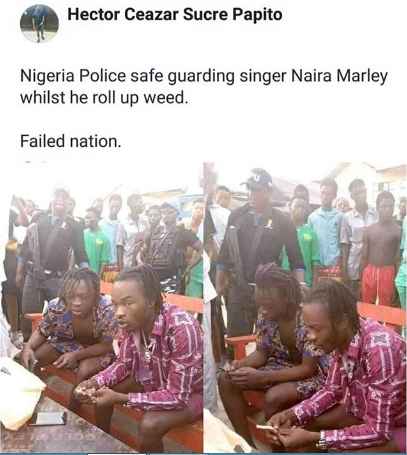