Burna Boy’s Single “On The Low” Goes Gold In France –

On March 8, 2020, Nigerian superstar, Burna Boy accepted a gold plaque for his 2018 single, ‘On The Low.’ The gold plaque is for selling 100,000 (or more) copies of the single. A gold plaque could also be handed to an artist whose single has been streamed 15 million times in the country. Thus, 15 million streams of a single in France is equivalent to 100,000 pure sales. The Kel P-produced single became a smash hit in Nigeria and has since amassed over 103 million views on YouTube.

The singer was accompanied by his mom and manager, Bose Ogulu also known as Mama Burna. In an Instagram post to celebrate the win, Burna Boy wrote, ““On the low” went Gold in France 🇫🇷 without any radio push or promo. Love every single one of you that streamed it over 15m times, it’s still #FOOTONNECK2020.“ 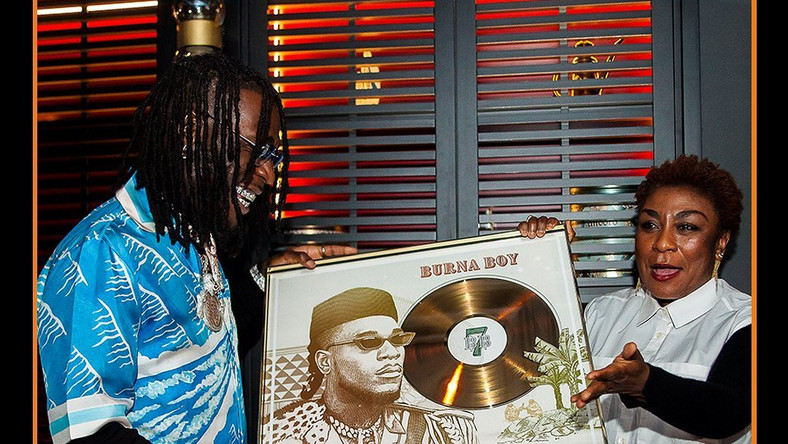 ‘On The Low‘ was released on November 16, 2018 as the second single off Burna Boy‘s 7th studio album, African Giant. The Kel P-produced single became a smash hit in Nigeria and has since amassed over 103 million views on YouTube.