Nigerian Actress, Halima Abubakar has been burst after she used a picture of another woman’s baby to announce the birth of her own child. An American mother who apparently, welcomed a baby few weeks ago, has now called out Halima for stealing her baby photo.

If you recall, Halima had shared a photo of a mother holding on to her child, while announcing that she welcomed a baby on the 3rd of April, 2020. 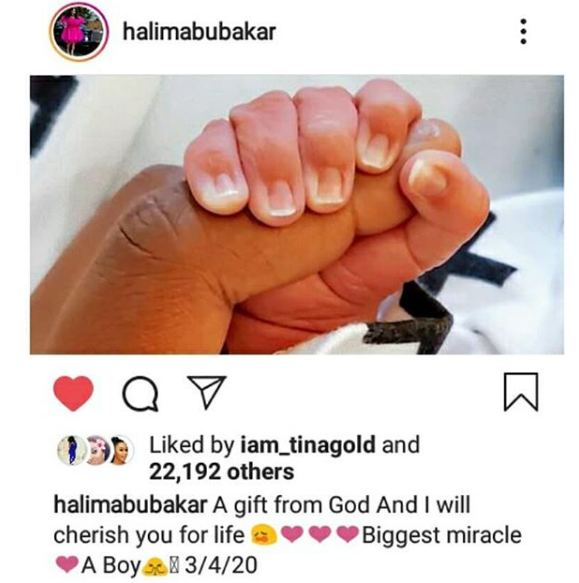 However an American mother on Instagram, @the_arielb, the original owner of the photo which was first shared on Instagram on the 13th of March, called out the actress for stealing the photos which went viral.

She also shared her private chat with Halima Abubakar. See the screenshots below;