The coronavirus pandemic is no doubt threatening to bring the world to its knees as it is easily spread and has led to the deaths of several people in different parts of the globe.

Seeing as the virus is easily spread, social gatherings have been suspended as people have also been advised to self-isolate at home and avoid going out or travelling.

However, it has been just a few days of self-isolation and a number of people are already showing signs of boredom as they have no idea what to do with their time now that there is no safe place to run to.

Nigerian music star, Tiwa Savage, has also taken to social media via her Instastory to share how she is handling the isolation. Tiwa revealed loneliness has started to set in and that she has no cuddle partner.

The music star also said that it is time for her to charge her ‘toys’. She however did not elaborate on the kind of toy she was referring to. 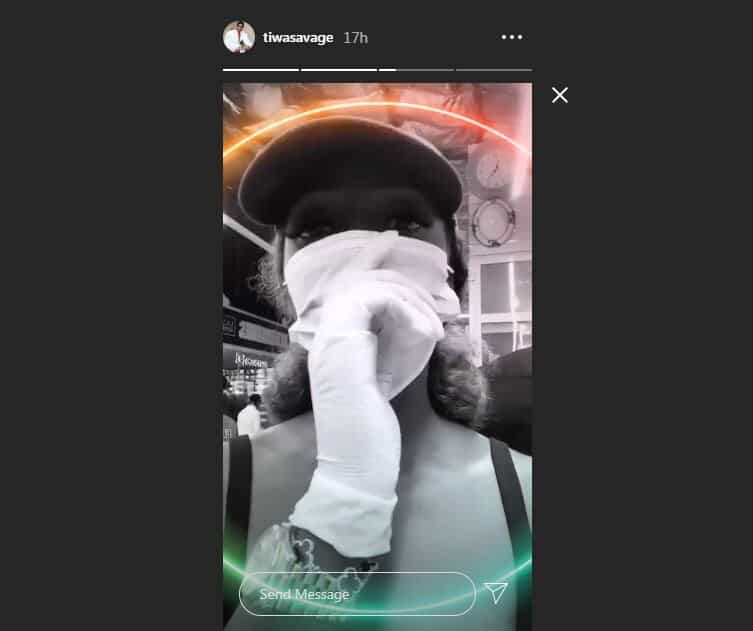 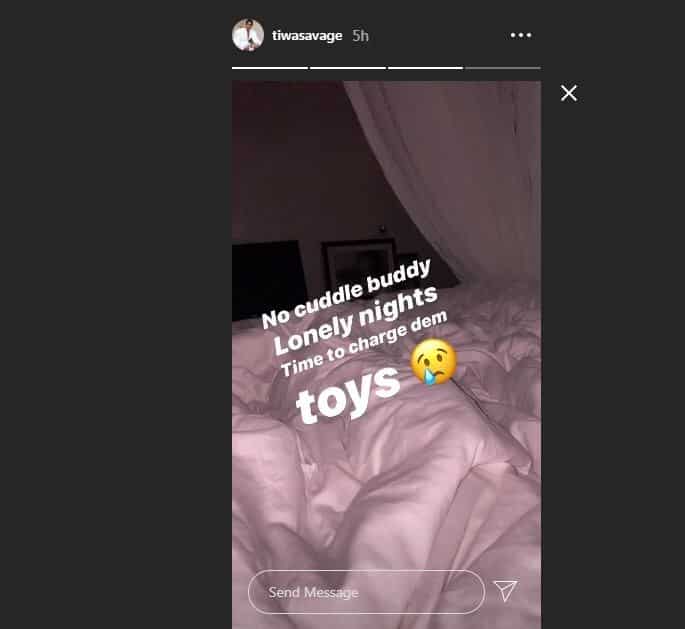