Popular Nigerian rapper and entertainer, Speed Darlington has insisted that Naira Marley is still his son. According to the New York-based rapper, he has been on the scene long enough to claim the title as Marley’s father. Speedy also pointed out that, there is no feud between him and the ‘Soapy’ crooner.

Sharing a loved up photo of himself and Marley, he wrote in part: “No beef between us but he still my son. I have been on the scene before him and I have been dropping big botty music video since 2010…” 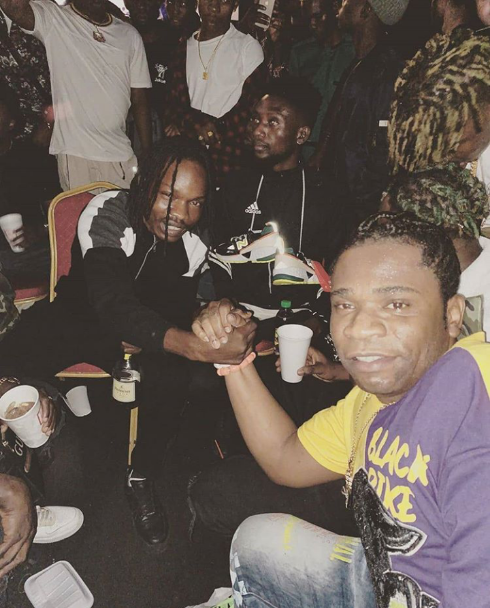 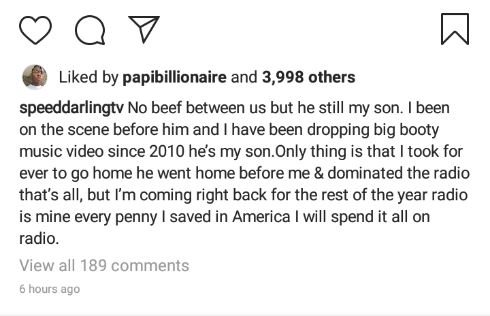