The good news is that the account has since been recovered. However, the major problem now for fans and followers is that searching for Naira Marley’s official account handle on Twitter is a bit of a hurdle. 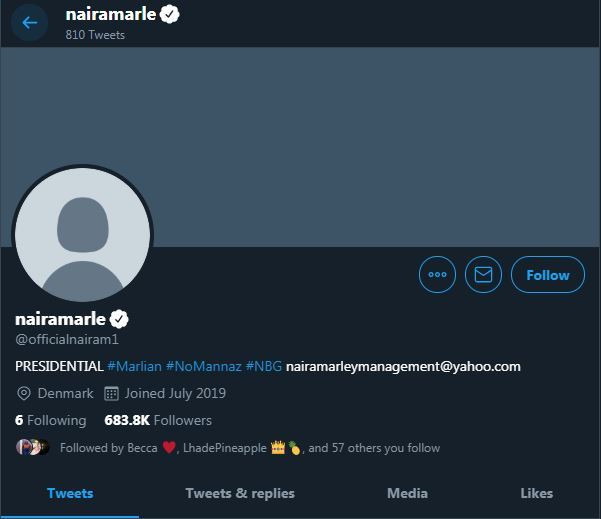 The new handle is @Nairamarle which is still a bit difficult to search for. So for fans and followers of Naira Marley, the easiest way to get his handle on Twitter is to search with the initial hacker’s handle @Fros.