Odunlade Adekola Poised To Become A King In His Home Town

Popular Yoruba actor, Odunlade Adekola is been tipped to become a king of his town. A lot of people would tell you that the versatile Yoruba actor is Abeokuta based, but only a few would tell you where he actually comes from. Although, he was born and bred in Abeokuta but he is from Otun Ekiti, Ekiti State. He’s from a prominent royal family (Iletun). And his name would tell you more about family lineage.

The talented actor was born on 31 December 1978 in Abeokuta, Ogun State. He attended St John’s Primary School and St. Peter’s College in Abeokuta, obtaining the West African School Certificate Examination before he proceeded to Moshood Abiola Polytechnic, where he received a diploma certificate.

He proceeded to further his education and in May 2018 he received a degree in Bachelors of Business Administration at the University of Lagos.

In 2019, the late Oba Adedapo Popoola, who was the king of Otun Ekiti, joined his ancestor and since then the throne has been vacant.

Few days ago, there were rumours that Some ruling houses had raised the alarm that the kingmakers allegedly assembled themselves in a secret location to select one of the contestants for the stool without carrying the government along. This development created unnecessary tension in the community not until the government representatives led by the Deputy Governor, Otunba Bisi Egbeyemi intervened.

ALSO READ:   I tore my husband’s shirt in the labor room – Laura Ikeji (photos and video) 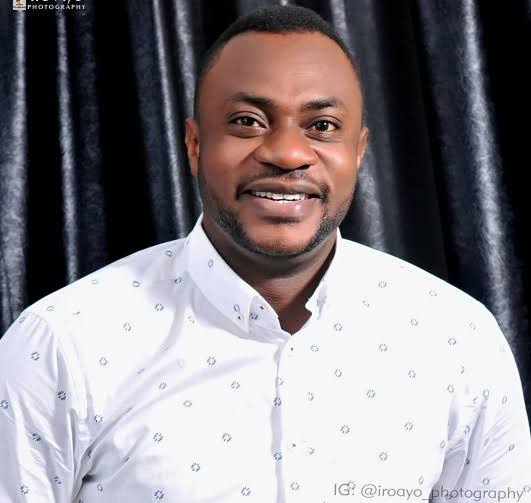 The five ruling houses in Otun Ekiti are: Iyaba, Iletun, Imuya, Obajewu and Odo Imo. The Omuya royal family produced the late Oba Popoola. The monarch, who was a former chairman of the state’s council of Obas between 2006 and 2008 died at the age of 62.

The kingmakers have also been warned against violating the State Chieftaincy Law and due process in the selection of the next monarch for the town. And every step taken would get the approval of the state governor, Dr Fayemi.

The big news now is that popular Yoruba actor, Odunlade Adekola, who is from Iletun royal family in Otun Ekiti has been tipped as the new Oba of the town. He has been chosen by his royal family to represent them, City People reports.

According to their source, it’s the turn of Odunlade family to produce the next Oba of the town because it’s rotational. The Imuya royal family has served their term as they produced the late Oba and it’s now Odunlade family.

And one of the advantages Odunlade have over others candidate is his closeness to the governor of the state. He is also a big star and that will surely make him the candidate to beat.