Simi’s Mom Used To Boast About Her Virginity

Nigerian singer and wife of popular singer, Adekunle Gold, Simi is set to launch the first episode of her new show “Stoopidsession”. In a snippet she posted on twitter, her mother revealed during one of the episodes that she usually boasted about her daughter’s virginity in church. 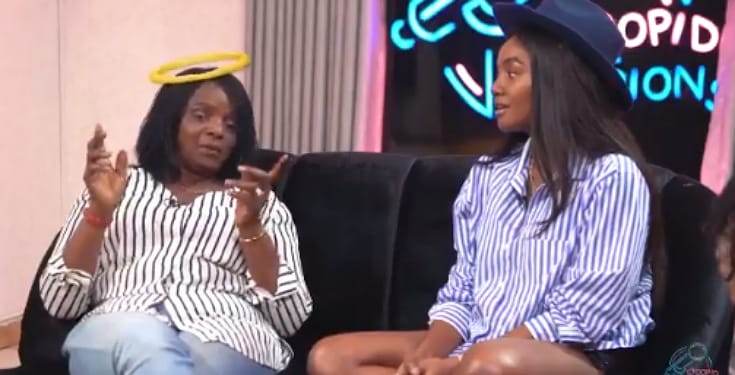 Jedidiah Ogunleye, Simi’s mum said; “Even in my church, I used to tell people my daughter is a virgin oh and she’s going to marry a virgin.”

The stunned Simi countered her mum saying; “You used to boast about my virginity?” She replied: “I’m telling you. ”