Tonto Dikeh Gets Sued For Defamation By Her Ex-Husband

The High Court of the Federal Capital Territory in the Abuja Judicial Division has invited popular Nollywood Celebrity, Actress Tonto Dikeh, to appear in court over a suit filed by Her Ex-Husband, Dr Olakunle Oladunni Churchill and his organization, Big Church Foundation, a subsidiary of Big Church Groups. The case against Actress Tonto in the high court with Suit No CU/5801/19 issued a 14days notification with strict implications on the Actress’s failure to appear before the court, as the court may proceed therein with judgment even in the absence of the Defendant(Tonto Dikeh).

According to the case filed by the 1st and 2nd Claimant(Dr Churchill and Big Church Foundation respectively), ex-husband of the defendant, it maintained claims that the series of malicious and fallacious allegations, assertions and accusations through media campaigns and publications by Tonto Dikeh and her charity organization was defamatory, baseless and sponsored to tarnish and damage the image and political ambition of the claimant, as he might have told her his intentions to run for House of Representative in his constituency. 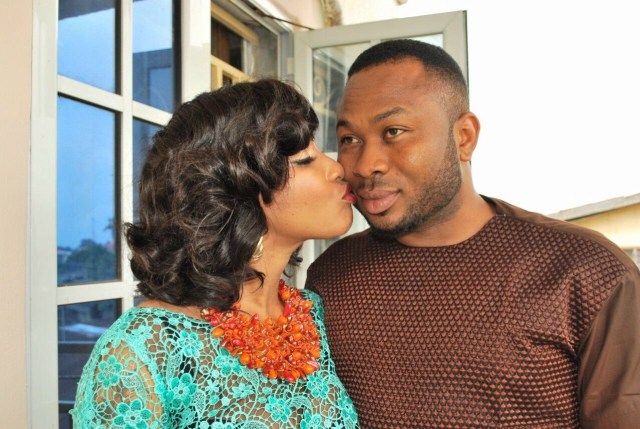 The suit identified several declarations with substantial proofs ascertaining illegalities in the action and approaches adopted by the Claimant’s Ex-Wife. The claims include the declaration that the Defendant’s Interview and/on series of false allegations on domestic violence, infidelity, false allegations of fraud, sexual disease, money ritual, homosexuality/bisexuality, and mockery of the 7000Persons empowerment project by Big Church Foundation, describing the humanitarian intervention as fake.

According to the suit, Tonto Dikeh’s interviews were aired, published and sponsored via broadcast channels, online media platforms, YouTube handles, notable print publications and even on her large 4million follower’s page on Instagram, with a view to impugn the character, standings in life and goodwill of her Ex-husband, Dr Olakunle Churchill.

The claim also requires the sum of 500million naira as general damages from Actress Tonto Dikeh(the defendant), for the libellous, slanderous and false allegations published against the Claimants.

In one of her defamatory assertions, Tonto noted the Father of her Ex-Husband was a Gardener, but sources have revealed that her claims were just a mere fabrication, as the father of her Ex-Husband was instead a high levelled personality, recognized and engaged with several international leaders, with gainful impacts in areas of humanitarian impacts and diplomatic connections.

The defendant’s action in appearance would be to propose and provide reliable evidence to sustain the accusations, insults, defamation, slander and allegations supported, published and promoted on several mass media networks and platforms, including television, YouTube channels, social media handles and the online media channels.

Tonto Dikeh has also been compelled by the suit filed against her to publish or cause to be published an apology to her Ex-Husband, and a retraction of the publications on her Instagram pages, YouTube Channel, 3major Nigeria Newspapers and their online sites, as well as a file affidavit of compliance of same within 14days of the delivery of judgment.

Also, an order of perpetual injunction may also be issued restraining the defendant, privies, agents etc from publishing or cause to be published any further defamatory words against the claimant. She would also have to refrain from any form of blackmail or extortion of her ex-husband in the name of upkeep and education for their son. However, she has continued to refuse the father access to the child, even when the court had earlier granted him access to his son.

The claim also demanded a sum of 10million naira as cost the action of the defendant. Actress Tonto Dikeh may be facing so many challenges especially as a result of her involvement in lots of activities that may be presently hunting her peace and rest of mind.

She is yet enmeshed with the legal implications of her actions during the Dubai Concert where she was allegedly found with the substance of hard drug and was arrested by the police and now she has to face another high court suit to defend some of her unverified assertions and claims on mass media channels.

Olakunle Oladunni Churchill, the estranged husband of Nollywood actress #TontoDikeh, has filed a lawsuit in Abuja against the actress, seeking no less than N500 million in damages over her infamous May 2019 interview which sparked uproar on social media.

Tonto sparked controversy on Nigeria’s social media community on Workers’ Day – May 1, 2019, when she released a three-part video where she opened a can of worms about her failed marriage to Churchill.

In the video titled “The Evidence”, the actress made some provocative and indicting claims against the father of her son, saying the claims are some of the reasons she quit the marriage.

She also alleged that Churchill is into cyber fraud popularly called Yahoo Yahoo. According to her, she found out when she caught him in the middle of red candles with a red cloth tied to his waist with a laptop in his lap.

The actress further claimed that, contrary to widespread speculation that Churchill was related to former President Olusegun Obasanjo, the father of her ex-husband was just Obasanjo’s gardener.

Following the series of claims made in the viral videos, Churchill has approached the High Court of the Federal Capital Territory in Abuja to seek legal redress against the mother of his son.

In the court papers, the court has summoned Tonto warning that failure to do so in 14 days, it may proceed therein with judgment even in the absence of the defendant (Tonto). According to the court papers, the 1st and 2nd claimants (Churchill and Big Church Foundation respectively), are claiming that “The series of malicious and fallacious allegations, assertions and accusations through media campaigns and publications by Tonto Dikeh and her charity group was defamatory, baseless and sponsored to tarnish and damage the image and political ambition of the claimant, as he might have told her his intentions to run for House of Representative in his constituency.