A goat could face up to seven years in prison after being arrested for nibbling on a judge’s plants.Police registered a case against the goat and its owner for raiding the district magistrate’s petunias and cabbages.They were released on bail after spending a night in the cells, but face charges of causing mischief and criminal trespass, offence that carry a two to seven-year prison term and a fine.
Officer Ram Sewak Paikra from Janakpur town in Korea district, Chhattisgarh state said the female goat was allegedly a ‘repeat offender’.He said

‘The goat and the owner were under police custody and are out, as both the sections 427 and 447 of the IPC (Indian Penal Code) are bailable offences.’

‘My goat scaled the boundary wall again and ate flowers and vegetables from the garden. ‘It was taken to the police station and then the police also brought me in.’Mr Hassan told NDTV: 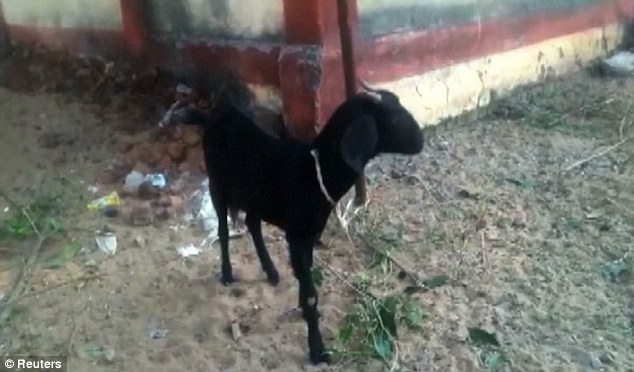