A toddler has left many shocked with his six packs and love for fitness. He is just three years old, but incredibly already possesses a six-pack. His mum Ursula told Daily Mail Australia.

‘I first noticed Dash had the beginnings of a six pack about six months ago when I was changing his nappy,’ He curled his feet up towards the sky and I saw it and sent a picture to his dad saying “do you see what I see?”. ‘He’s too young to realise he has it of course, but he’s already incredibly muscly and just loves to exercise.’

On where his love for exercising emanated, she said 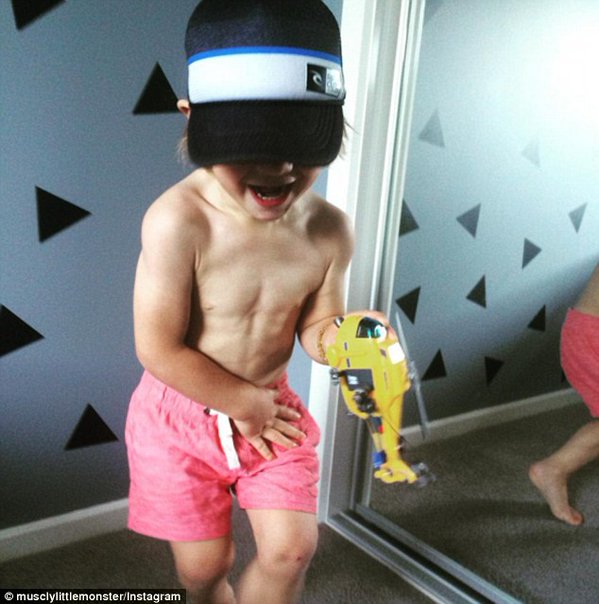 I’m reasonably fit, as is his dad, but Dash’s love of exercise really came from his love of the outdoors.He’s outside every day, come rain or shine. I used to run with him in the pram when he was a baby, and as soon as he hit two, I took him out on what I thought would be a gentle jog. ‘Dash ended up running four kilometres!’ 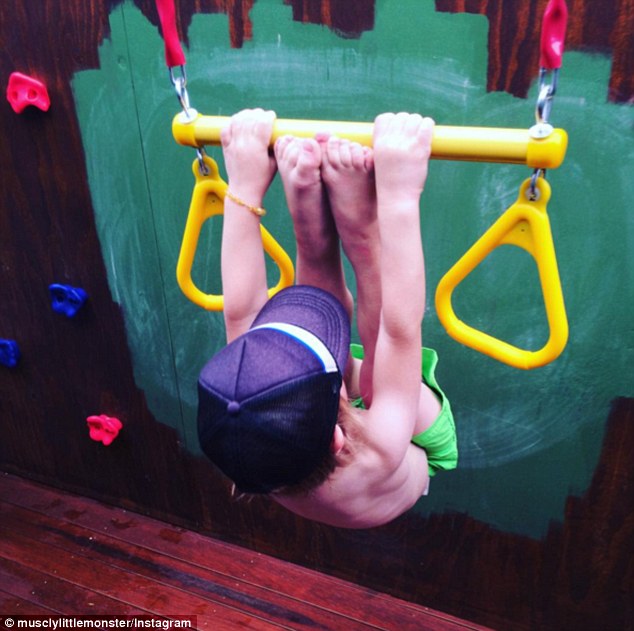 Dash’s favourite exercise is jumping. Ursula takes him to an indoor trampolining centre as often as possible, where he will bounce for more than two hours at a time.‘For his second birthday we built Dash an outdoor activity centre complete with trapezes and places to swing and hang from. He just loves it. 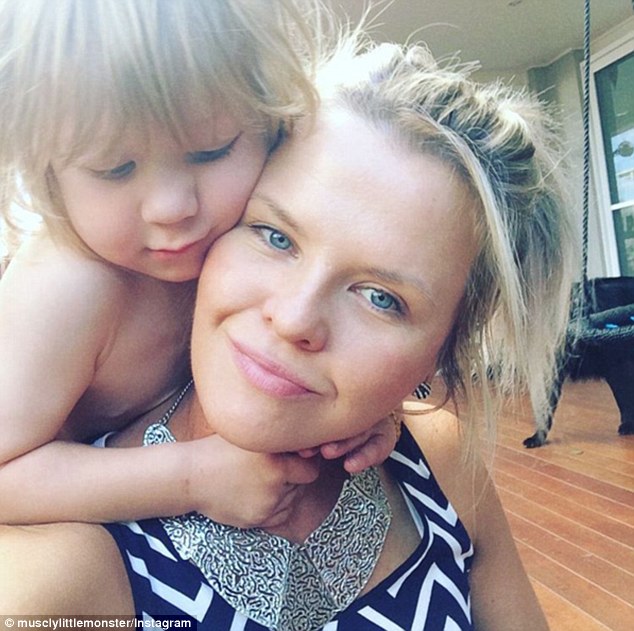 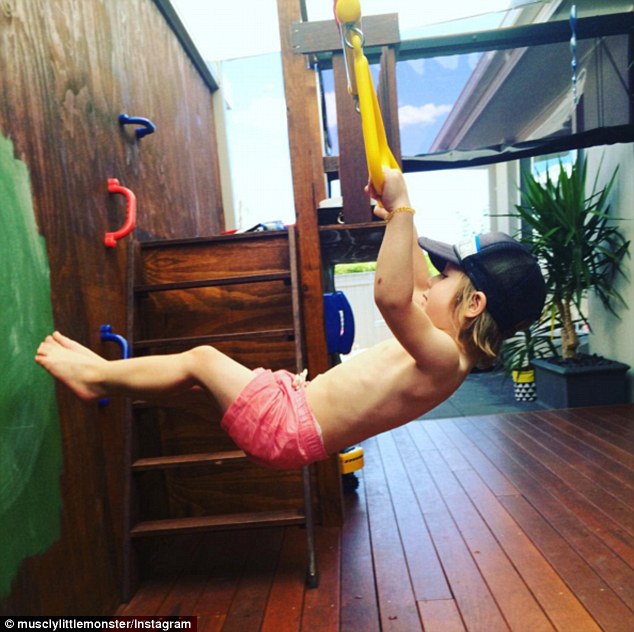 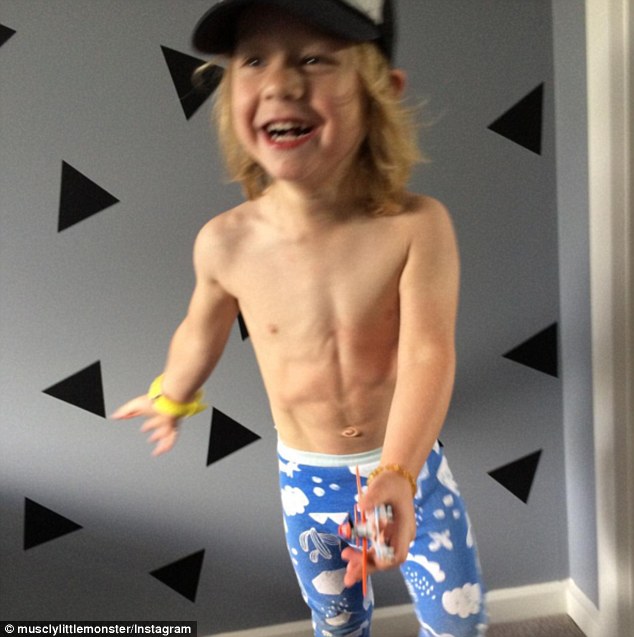