There has been so many misconception of the term ‘Marlians‘ and a Nigerian landlord seems to have taken it to another level. The term Marlians refers to fans of popular Nigerian singer, Naira Marley, though some have claimed a cult has also been named after the singer.

A landlord around UNIPORT, while laying down the rules in his house, stated in clear terms that he doesn’t accommodate marlians.

Since a snap of his rules hit the internet, it has generated a lot of reactions and you can easily tell why. 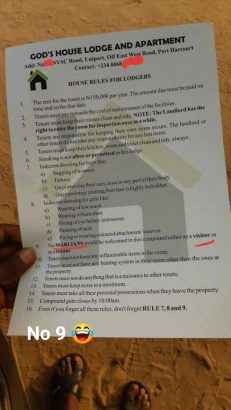