Ighalo, who plays for Shanghai Shenhua in the Chinese Super League, has agreed a move to Old Trafford until the end of the season.

United boss Ole Gunnar Solskjaer has made no secret of his desire to bring in an attacker this month, especially after Marcus Rashford’s back injury compounded the summer departures of Alexis Sanchez and Romelu Lukaku to Inter Milan.

United had expressed an interest in Bournemouth’s Josh King but preferred a loan deal and were unable to reach an agreement on a permanent transfer, meaning attention turned to Ighalo, who followd big-money signing Bruno Fernandes into the club.

The 30-year-old, who grew up as a United fan idolising Dwight Yorke and Andrew Cole, has joined on loan for the remainder of the season.

Solskjaer said: “Odion is an experienced player. He will come in and give us an option of a different type of centre-forward for the short spell he’s staying with us.

“A great lad and very professional, he will make the most of his time here.”

United are not believed to have the option to make the loan deal permanent for a player whose attempt to leave China earlier in the week was reportedly thwarted by the knock-on effect of the coronavirus outbreak. 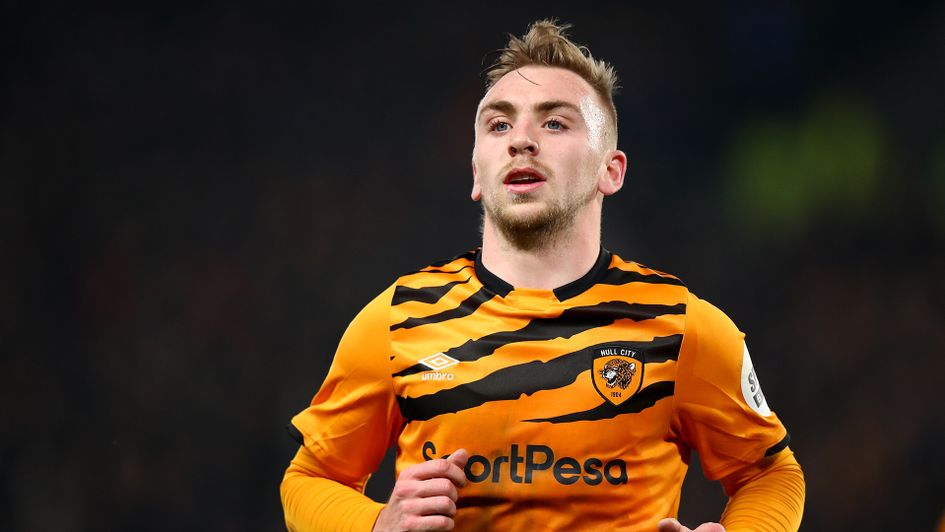 West Ham have completed the signing of Jarrod Bowen

Bowen has moved to Upton Park on a five-and-a-half-year contract for a fee understood to be around £20million.

Hammers boss David Moyes was desperate to add some firepower to his relegation-threatened side, and is reported to have beaten Crystal Palace to the 23-year-old’s signature.

Moyes told the club website: “When you score goals like he does, and in the numbers he does, in the Championship, it will give you a great chance of scoring goals in the Premier League.”

Those deals came at the end of a quiet deadline day.

Arsenal were only other member of the Premier League’s big six to make a significant signing, the Gunners bolstering their defence by adding Southampton’s 28-year-old Portugal right-back Cedric Soares on a loan deal until the end of the season. 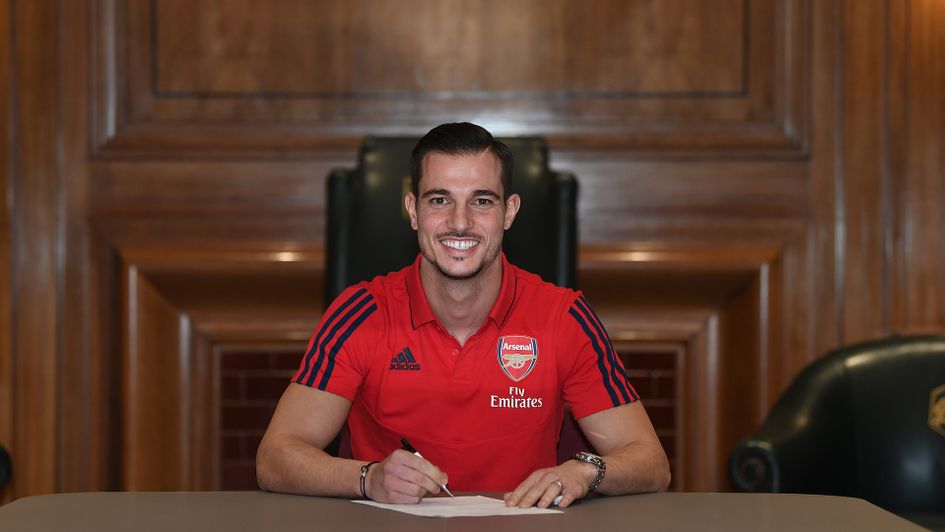 Manchester City defender Angelino, who has made 12 appearances for Pep Guardiola’s side in all competitions this season, has joined Bundesliga high-flyers RB Leipzig on loan. The German side have have the option to buy Angelino for 30million euros (£25.2million) in the summer, the PA news agency understands.

Elsewhere, Jurgen Klopp and Frank Lampard ruled out any further activity before the window shut at 11pm, while Real Madrid dismissed suggestions Gareth Bale could make a big-money return to Tottenham.

Lampard also quashed speculation that Olivier Giroud was set to leave Chelsea having been linked with a shock move to London rivals Tottenham.

Lampard said: “Olivier Giroud in this window has been incredible as a professional and as a man. We know there has been interest… will he leave? No.”

Nineteen-year-old defender Tariq Lamptey has left Stamford Bridge, though, to join Brighton on a three-and-a-half-year deal. 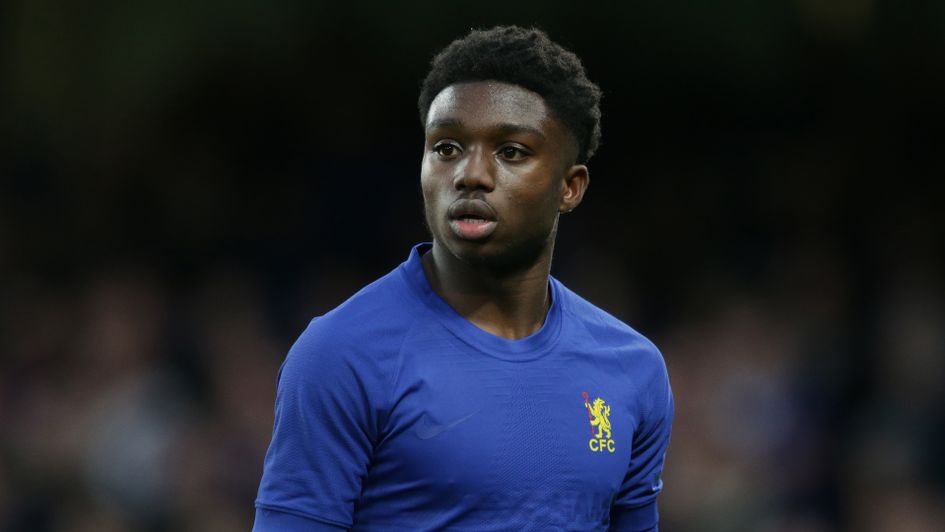 Edinson Cavani, another striker linked with United and also Chelsea, will remain at Paris St Germain until at least the summer after his expected move to Atletico Madrid fell through.

Wolves completed the signing of Rochdale’s 17-year-old defender Luke Matheson, with the move reported to be worth £1m.

Matheson, who scored in his side’s Carabao Cup penalty shoot-out defeat to Manchester United in September, was immediately loaned back to Rochdale for the rest of the season.

Sheffield United made their fourth and fifth signings of the window as they brought in Dutchman Richairo Zivkovic on loan from Chinese club Changchun Yatai and Greek defender Panos Retsos on loan from Bayer Leverkusen. Ravel Morrison has left the club to join Middlesbrough on loan for the rest of the season. 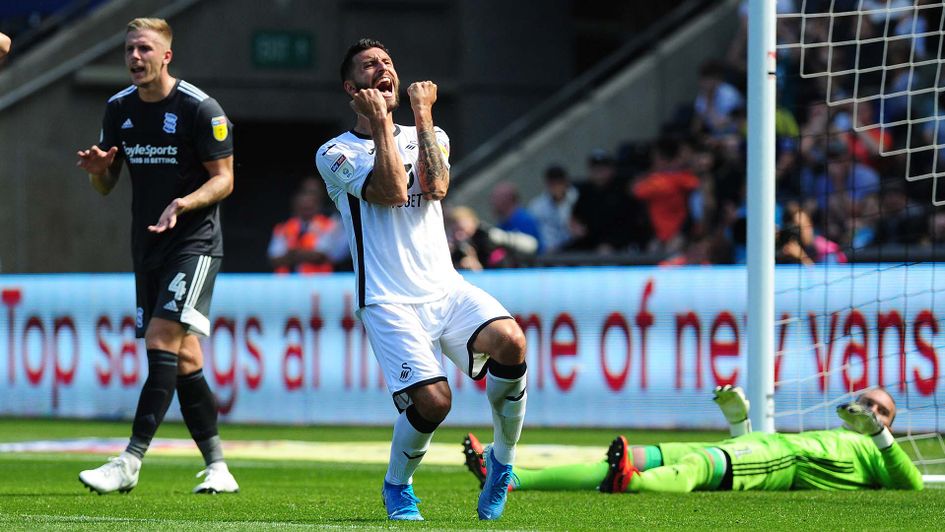 Borja Baston in action for Swansea against Birmingham

Baston, out of contract in the summer and no longer first choice at Swansea, has linked back up with Villa’s sporting director Suso, who knows the 27-year-old from their time together at first club Atletico Madrid.

Leicester loaned Ryan Bennett from Wolves while Crystal Palace striker Connor Wickham moved to Sheffield Wednesday on loan for the rest of the season.

The United States international, 22, travelled to Milan on Friday and had a medical in Italy, but further medical tests with the Italian authorities were required which were subject to a 72-hour deadline. The deal could therefore not be formally ratified before the 8pm deadline in Italy.

Former Liverpool midfielder Emre Can, who left Anfield for Juventus in 2018, joined Bundesliga side Borussia Dortmund on loan until the end of the season with a view to a permanent move.