England Gets Boost Ahead of Euro 2020

Harry Kane is expected to return to action before the end of the Premier League season, boosting hopes that the England captain will be fully fit for Euro 2020. Jose Mourinho says the Tottenham striker Harry Kane will be back playing for the final two games of the Premier League season.

Kane is in the early stages of rehabilitation following surgery to repair a ruptured tendon in his hamstring.

Spurs have previously stated they expect him to return to training sometime in April, though medical experts have said an injury like that could keep him out for six months. 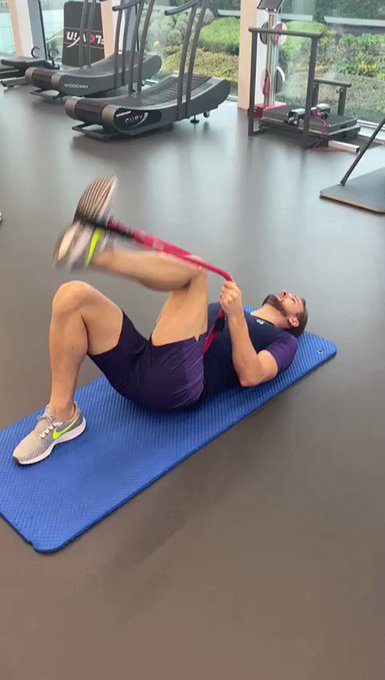 The England captain, fighting to get fit for Euro 2020, is a notoriously quick healer and posted a video on Twitter last week of him stretching.

He has flown to the Bahamas this week for a stint of warm-weather training, amid hopes, he could be back soon.

Mourinho insists nothing has changed from his initial prognosis and expects to have his striker back for the end-of-season games against Leicester and Crystal Palace in May.

And with a thrilling four-way battle for one Champions League qualification spot unfolding, Mourinho hopes Kane’s recovery could be timely.

Asked if his talisman would play again this season, the Portuguese replied: “The Leicester match (May 9). Maybe we need that match for something.

“To be fourth, to be fifth, to be sixth. Maybe we need that match for something and maybe he can help us in this match. I hope.

“There is not a setback. Nothing has happened. Everything is OK. He’s having his treatment. There’s no pressure, he keeps going, no setback. I just think that’s my feeling…with (Hugo) Lloris we were speaking about February and he came back in January.

“It’s better not to put any kind of expectations, any kind of pressure. Let it go and let’s see.”

Spurs will be hoping Kane might be back to help them win a possible FA Cup final in May, but they will need to get past Southampton in Wednesday’s fourth-round replay.

The match takes place when both sides should be on their winter break from the Premier League and Mourinho did not need much encouragement to criticise the timing again.

With the break split across two weekends, Mourinho is perplexed that his side are off this weekend, but then have to play next weekend immediately before a Champions League last-16 clash.

“I don’t like it. I don’t like the way it is, especially because there is no attention to when you play Champions League,” he said.

“It would be much more normal for us to be playing this weekend and not playing before you play against Leipzig. But no, you have a break but then you play against Aston Villa Sunday, not Saturday or Friday but Sunday.

“So they gave you 10 days of break, but then you play on the Sunday when you then play on Wednesday.

“So, for me, the break doesn’t make any sense the way it is. But I don’t complain, it is what it is.”