Amazing events won’t stop showing up in this part of the world, at all levels. We were busy minding our sole business earlier when we came across hilarious pictures of lecturer in Chukwuemeka Odumegwu Ojukwu University (COOU), formerly Anambra State University who stunned his students on Thursday morning when he appeared in class wearing boxing gloves. 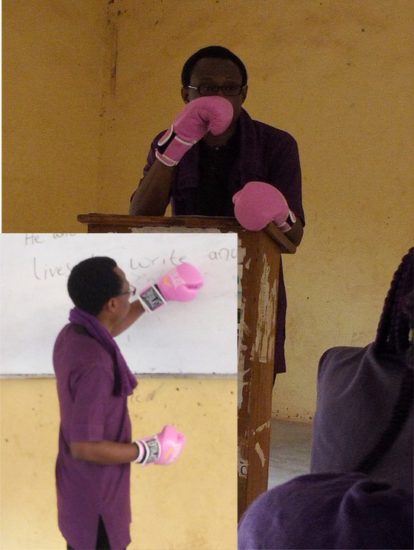 At first sight, his students caught themselves  in confusion leaving them with no other option than to just gaze in astonishment at him until he introduced his topic for the day.

It was at the department of Mass Communication and the lecturer wanted to teach the students Hazards of Investigative Reporting, using a lasting impression to let the students know the seriousness of the topic.

He decided to appear in boxing gloves.
A student in class managed record part of the lecture and upload on social media. The students in that class had never seen such before but the act probably left a lasting impression in their minds regarding how hazardous investigative reporting could be if you don’t tread cautiously. 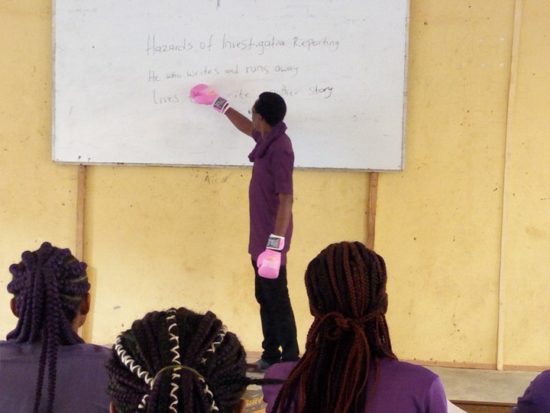